Well-known scientist in the field of chemistry of high-energy, head of laboratory of the Institute of Radiation Problems, corresponding member of ANAS, Professor Islam Mustafayev marked 65 aniversary on November 22.

Islam Mustafayev was born on November 22, 1951 in Bilasuvar region. After graduating from the Faculty of Physics of Azerbaijan State University in 1973, he continued his education in postgraduate at the Institute of Chemical Physics, Academy of Sciences of the USSR in Moscow. In 1978 he defended his thesis, in 1991 - his doctoral dissertation and received the title of professor in 1996. In 2014 he was elected a corresponding member of ANAS.

In 1973 I.Mustafayev launched his activity at the Institute of Radiation Problems of ANAS, where he was a scientific way from the chief laboratory assistant to the head of the laboratory.

By support of the international programs the prominent scientist had an exchange of experience in the Central European University in 1997, National Laboratory for Air and Radiation Monitoring and Maryland University, USA in 1998.

Researches of the scientist are devoted to the solution of environmental problems by application of methods of chemistry of high energiya. The scientist has defined the specific emissions (calculated on 1 tone of raw materials) of harmful substances in the atmosphere at processes of production, preparation, transportation and oil refining, is studied influence of emission of methane on photochemical processes of transformation and stationary concentration of ozone in the atmosphere, on the basis of the general kinetic model of radiation and thermal transformations of organic fuels the semi-empirical formula of interdependence of power of a dose and temperature for obtaining the maximum radiation effects is received, optimum conditions of radiochemical decomposition of hydrocarbons in the water environment in the chain mode are defined and the kinetic model of process, and also optimum conditions of radiation and thermal desulphuration of organic fuels is offered, the mechanism of the proceeding processes is offered, consistent patterns of degradation of oil in the environment are determined and radiation contribution in this process is estimated, physical and chemical properties of solid waste of transportation of oil through pipelines are studied and are developedradiochemical methods of their utilization. Determination of kinetic parameters of the processes, the development of kinetic models and research-based comparative analysis of the models are the main directions of scientific activity. The results of his research results, double-entered the list of the most important scientific results of the Academy of Sciences of the USSR and 12 times of ANAS.

I.Mustafayev is the author of 294 scientific publications, including 18 patents, 7 brochures and 28 international projects. 185 scientific works published abroad in prestigious international journals in the field of high-energy and environmental chemistry.

Chemical scientists presented papers in more than 40 international events and is the winner of over 25 international and national grant projects. Under his leadership were prepared 1 Doctor of Science and 11 PhDs.

I.Mustafayev is a member of the New York Academy of Sciences and International Academy of Sustainable Development.

The merits of a prominent scientist had been highly appreciated by the government, he was awarded the Medal "Tereggi".

We congratulate an outstanding scientist on his 65th anniversary and wish him successes in his future endeavors!

©All rights are reserved. Citing to www.science.gov.az is necessary upon using news. 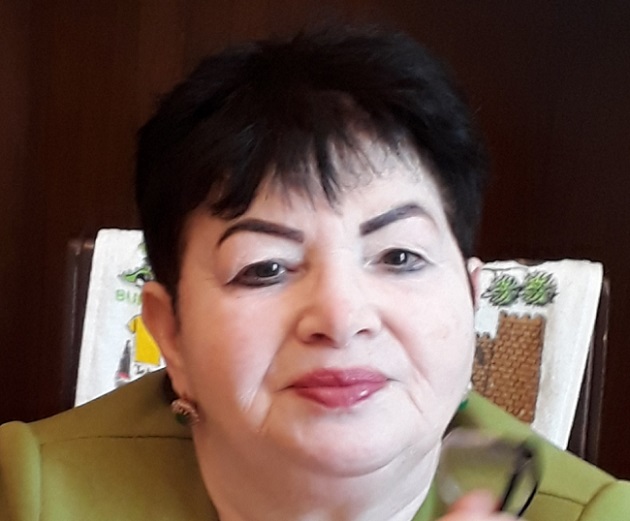 
Issues of Progressive and Regressiv...