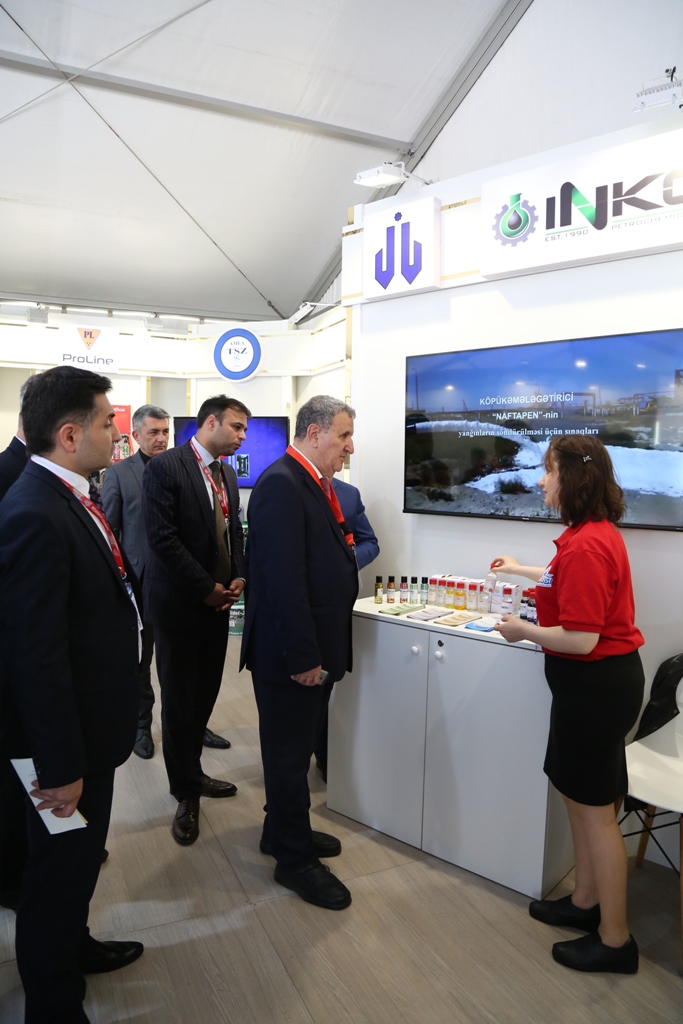 “Texnofest” Aerospace and Technology Festival is the next peak of unity, solidarity and mutual cooperation of one nation, two states of Azerbaijan and Turkey. The Festival has given a great impetus and opened broad prospects for further expansion of cooperation between Azerbaijan and Turkey in the fields of Science, Education and technology, demonstrating sustainable unity and cooperation in the fields of politics, diplomacy, economy, military industry and entrepreneurship at a high level. “Technofest” Festival has also become a demonstration of great achievements in the field of military industry, digital development and information technologies in the Republic of Azerbaijan in the years of independence.

The fact that the President of the Republic of Azerbaijan Ilham Aliyev called “TechnoFest” Festival the peak of mutual cooperation between our independent state and the fraternal republic of Turkey in the field of science, education and technology is an expression of the high political value given to this great technological event. The evaluation of the “TechnoFest” Festival by the President of the Republic of Turkey Recep Tayyip Erdogan as “A real demonstration of the modern development, unity and solidarity of two sons of one mother” demonstrates the unshakable unity in the field of science, education and technology development between our countries. For all this, “Texchnofest” Aerospace and Technology Festival is a great event that has brought the new development, brotherhood and cooperation of Azerbaijan and Turkey in the XXI century to a new historical stage.

Participation of the colleges of higher and secondary schools of the republic in “TechnoFest” Festival with numerous technological projects is of special importance. This shows that a new generation with the most modern knowledge and skills in the field of science, education and technology has grown in Azerbaijan. Awarding and rewarding of selected projects of higher school students and pupils of secondary schools with different nominations allow us to imagine future opportunities of scientific and technical development of our country.

The projects demonstrated by the research institutes of the National Academy of Sciences of Azerbaijan, the High-Tech Park and the experimental-industrial plant at the “TechnoFest” Aerospace and Technology Festival aroused great interest of the participants. The fact that well-known scientists and specialists from different countries or representing our republic note the importance of technological innovations and application opportunities in Academy projects reflects the dynamic processes in this scientific organization.

I also know that I need to emphasize another important point. This is due to the participation of Selcuk Bayraktar, a star of Turkish military industry and Aziz Sanjar, Nobel Prize Winner, world-famous scientist, in “TechnoFest” festival days. Meeting with Azerbaijani youth during the days of “TechnoFest” Festival of Selcuk Bayraktar, who is considered one of the legends of the modern era not only in Turkey, but also in the field of creation of world unmanned military equipment and prof. Aziz Sanjar, a prominent scientist who opened a new direction in the field of development of medical biology in relation to chemical, it is a great event that gives impetus. It can be said with great confidence that “Technofest” Aerospace and Technology Festival is a very important modern platform in Azerbaijan and Turkey, which will prepare and train Seljuk Bayraktar and Aziz Sanjars of the time.

At the same time, the “Texnofest” Aerospace and Technology Festival, led by the President of the Republic of Azerbaijan Ilham Aliyev, entered the history as an excellent report on the organizational activities and vision of the Ministry of Digital Development and Transport of our country.

“Texnofest” is a grandiose event demonstrating the place and wide opportunities of the Union of Azerbaijan and Turkey in modern development.

“Texnofest” is a perfect scientific and technological gesture of the development of Azerbaijan and Turkey unity and cooperation in a new historical epoch.

©All rights reserved. When using news www.science.gov.az a reference to the site is necessary.

Technofest is a scientific and technological gesture of unif...

Corresponding member of ANAS Akif Musayev's article about re...

Issues of Progressive and Regressive Development of The Phil...


The next online lecture was held on...