Academician Ali Abbasov: “An agreement has been reached with the relevant agencies to produce a real sample of UAVs exhibited at the “TEKNOFEST Azerbaijan” festival

General director of the Institute of Control Systems of ANAS, academician Ali Abbasov made a speech at a special meeting of the Presidium of ANAS dedicated to the results of the participation of the Academy in the festival “TEKNOFEST Azerbaijan”.

At the meeting, the scientist shared his impressions about the participation of his organization in the “TEKNOFEST Azerbaijan” festival and emphasized that the festival was one of the events held in the model of joint cooperation of public, private companies and academic institutions.

Academician Ali Abbasov noted that the Institute of Control Systems was represented with 2 exhibits at the event and noted that the festival was demonstrated by a resident of the High Technology Park “Science and Technology Park” LLC (PST), a special Design Bureau, a flight controller for unmanned aerial vehicles (UAV) jointly developed by the Scientific Research Institute of Applied Mathematics of Baku State University, He noted that great interest was shown to these exhibits by various ministries, officials of the State Border Service, general director of “Baykar Teknoloji” company Haluk Bayraktar, as well as representatives of other foreign companies.

The general director also said that agreement has been reached with the relevant bodies for the preparation of the real sample of the presented UAV.

At the end of his speech, academician Ali Abbasov noted that, within the framework of the “TEKNOFEST Azerbaijan” festival, opportunities for cooperation with local and foreign companies were created, prospects were determined.

© All rights reserved. When using news www.science.gov.az a link to the site is required.

Academician Rasim Alguliev: “ANAS was represented at the TEK...

Academician Ali Abbasov: “An agreement has been reached with...

ANAS will take part in the 6th festival “TEKNOFEST”, which w... 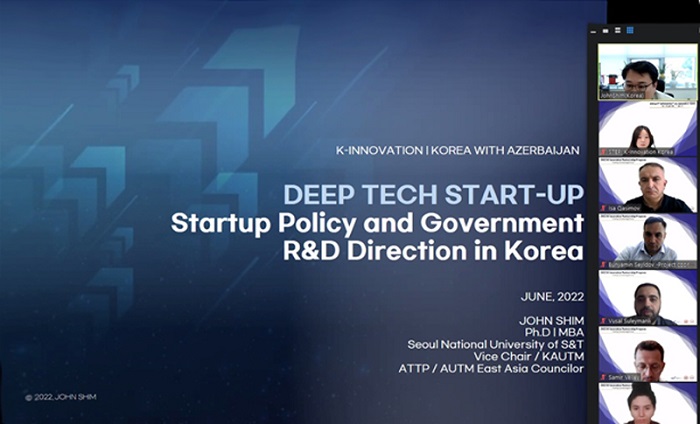 
The next online lecture was held on...