An international conference on “Azerbaijan-Korea scientific cooperation” was held

On June 28, ANAS Main building hosted an international conference on “Azerbaijan-Korea scientific cooperation” dedicated to the 30th anniversary of the establishment of diplomatic relations between the Republic of Azerbaijan and the Republic of Korea.

Scientists from both countries participated in the conference organized by the Korean Association for the study of Eurasian civilization, the embassy of the Republic of Korea in our country, the Institute of Archeology, Ethnography and Anthropology of ANAS and the Azerbaijan-Korean Cultural Exchange Association SEBA (Seoul-Baku).

The event was opened by the Acting president of ANAS, academician Arif Hashimov and his spoke about the great development of diplomatic relations between Azerbaijan and the Republic of Korea, as well as the successful activity of the Azerbaijan-Korea international archaeological expedition. Academician noted that this year marks the 30th anniversary of the establishment of diplomatic relations between Azerbaijan and the Republic of Korea. Bilateral cooperation between our countries has passed a long path of development at the level of heads of states, governments and parliaments. Academician Arif Hashimov emphasized that since our independence, as in other cities and regions of Azerbaijan, state care is clearly felt in conducting fundamental archaeological research around Gabala: “Adhering to the strategy of studying the national heritage of our state, some non-governmental organizations are also closely involved in this. As an example, the activities of the SEBA (Seoul-Baku) Azerbaijan-Korean Cultural Exchange Association can be emphasized.”

Then, Ambassador Extraordinary and Plenipotentiary of the Republic of Korea to the Republic of Azerbaijan Lee Eun Yong said he was very pleased to hold such a conference with the participation of experts and academics from Korea and Azerbaijan and expressed his gratitude to the organizers of the conference.

Greeting the participants of the event, general director of the Institute of Archeology, Ethnography and Anthropology of ANAS, Doctor of Historical Sciences, professor Abbas Seyidov spoke about the archaeological research conducted in Gabala in different years and their successful results. Noting that the first archaeological research in Gabala began almost a hundred years ago, the general director noted the chronological sequence of archaeological excavations carried out during these years by archaeologists Davud bey Sharifov, Ishag Jafarzadeh, Omar Ismizada, Saleh Gaziyev, Ilyas Babayev, Gara Ahmadov, Firudin Gadirov, Rahim Vahidov, Gafar Jabiyev, Natig Alishov and Jeyhun Eminli. He also noted that in recent years, studies by Azad Zeynalov and Yi Seon Bok and Mansur Mansurov of Paleolithic traces in the vicinity of Gabala, archaeological and rescue work by Nasib Mukhtarov at the Chalcolithic settlement of Galayeri, archaeological research conducted by the Azerbaijani-Korean archaeological expedition on the Bronze Age Mound located on the territory of the village of Dizhakhli, show that the territory of the Gabala the area from the Stone Age to the present day is permanently habitable.

Professor of Seoul National University of Korea Yi Seon Bok said in his speech that he was honored to participate in such an event. He expressed his deep gratitude to the management and staff of the SEBA Association for the opportunity and all kinds of support for researchers from Korea to carry out archaeological excavations in Salbir and other areas of Gabala.

Speaking at the event, PhD in history, head of Department of SEBA Association Irada Najafova said that SEBA Association, operating since 2004, plays an important role in the development of Azerbaijan-Korea relations in science, literature, education, culture, health, charity and other directions.

A film about archaeological research conducted in Gabala was also shown at the conference. At the same time, a collection of materials from the conference, a disk dedicated to Gabala archaeology, a catalog about the work done by the SEBA Association in 2005-2015, 2016-2020 was presented to the conference participants.

The event continued its work with reports by Azerbaijani and Korean scientists.

At the end of the conference participants were photographed.

© All rights reserved. When using news www.science.gov.az reference to the site is necessary.

An event dedicated to the Memorial Day was held at the Presi...

The international conference on “Biodiversity, soil and wate... 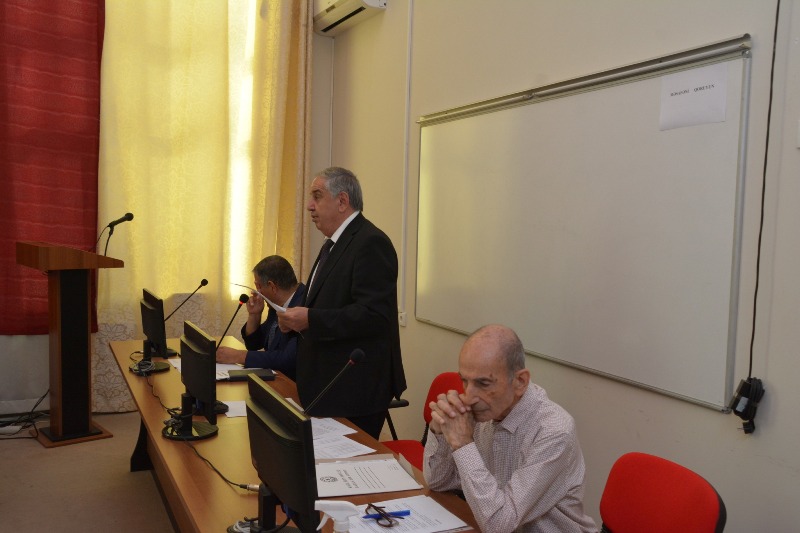 A number of issues were discussed at the meeting of the Scie...

The next meeting of the Presidium of ANAS was held

The “Day of Graduates” of masters of ANAS took place

An open meeting of the Presidium of ANAS was held


An event dedicated to the Memorial...


The international conference on “Bi...


Azerbaijani and Uzbek scientists to...